Uganda Election: Wole Soyinka Sends Message To Museveni: According to Omoyele Sowore, a one-time presidential aspirant in Nigeria, nobel laureate, Prof. Wole Soyinka has told President Yoweri Museveni of Uganda that “he will be held personally responsible for the safety of Bobi Wine”, the East African country’s opposition leader.

Sowore made this known on his verified Facebook page on Friday.

Wine had told the world on Friday the military has “taken over” his compound just hours after he alleged Thursday’s election was rigged. 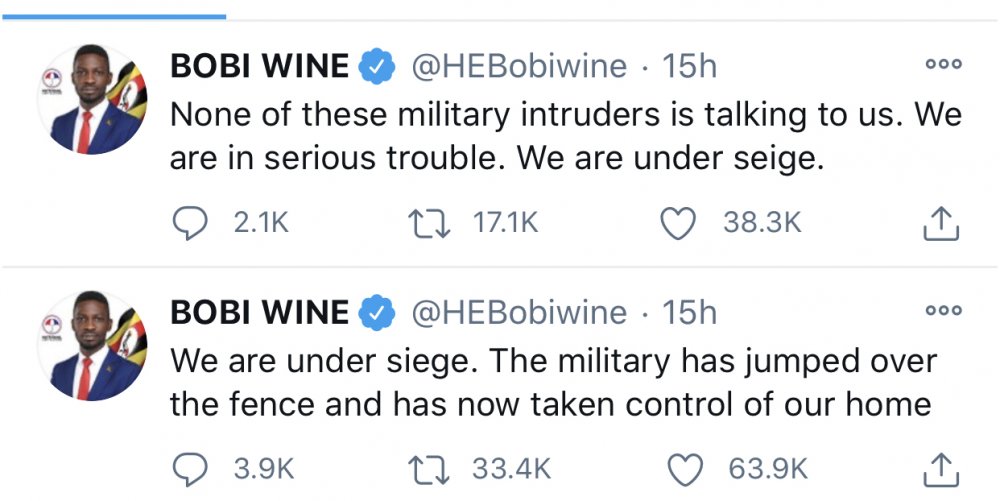 Meanwhile, military officials said according to Al Jazeera that while there was an incident at Bobi Wine’s residence, it was not “the way Bobi Wine was explaining it”.

“It is not true that the people who jumped over [into his home] were security personnel, but they were civilians,” deputy military spokesperson Deo Akiki stated.

As the world continue to watch the turn of events in the Uganda Election 2021, Prof. Soyinka waded in to the post-election scenes.

Counting of the votes is still ongoing as of Saturday morning, with incumbent president, Museveni widely reported to be comfortably ahead.

Wole Soyinka just sent  the following message regardingt Bobi Wine:
“Through every available medium, Museveni should be reminded that he will be held personally responsible for the safety of Bobi Wine, his family, and supporters. Africa has transcended the Age of Impunity.

We know it still takes a while in far too many cases, but Museveni should take a good look round the continent. Where are the many of his co-bullies of yesteryears? “The wheels of justice grind slowly but, they arrive.”
WS 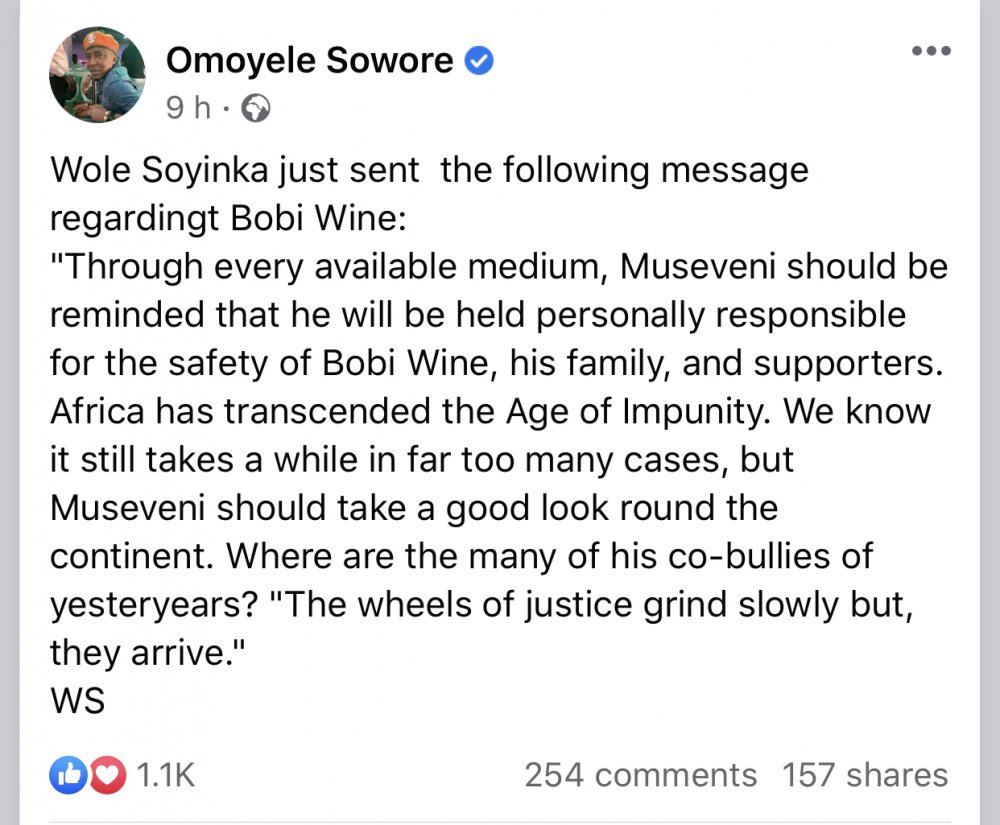 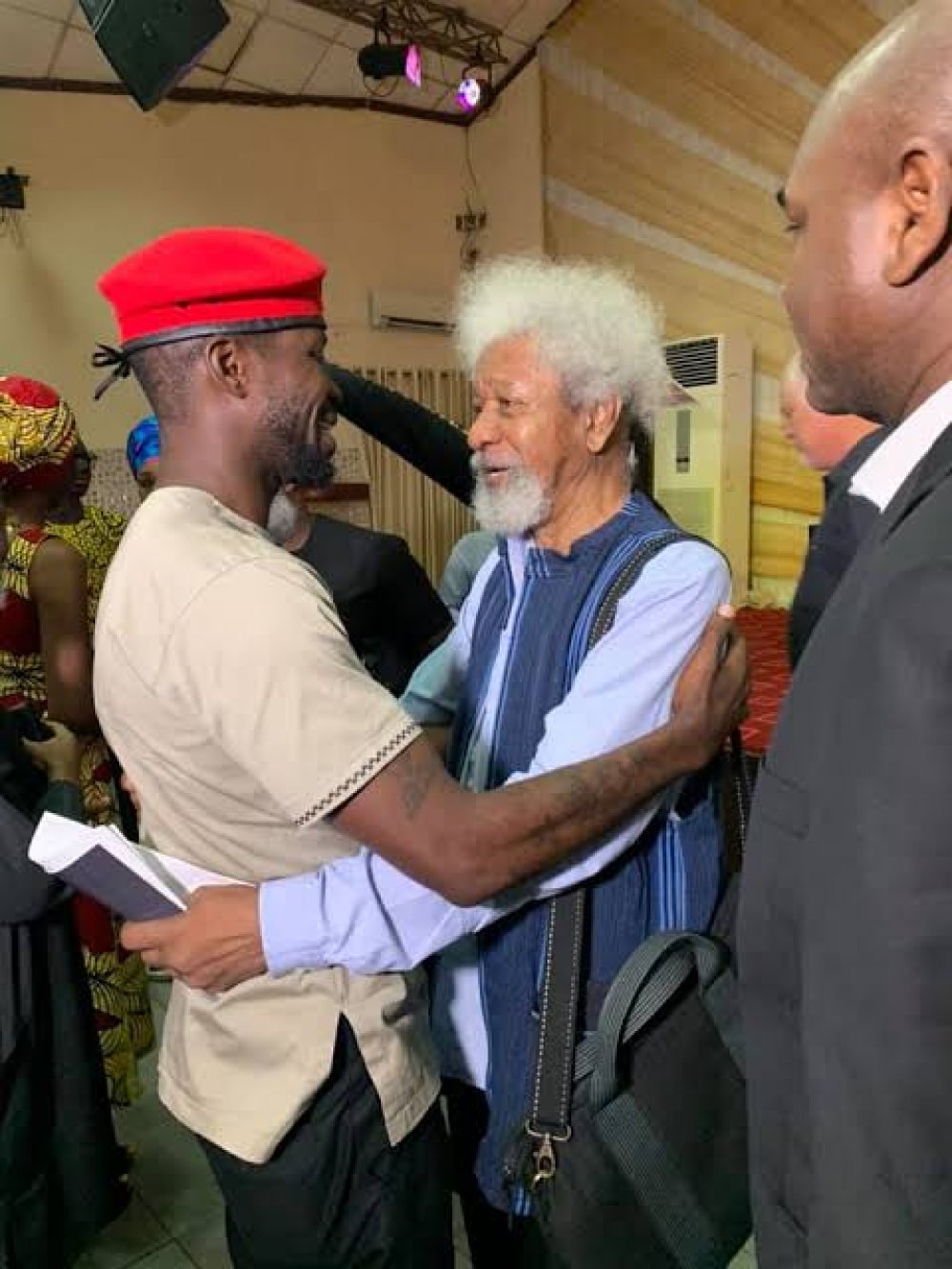 Breaking: Akeredolu sworn-in for a second term as Ondo Governor