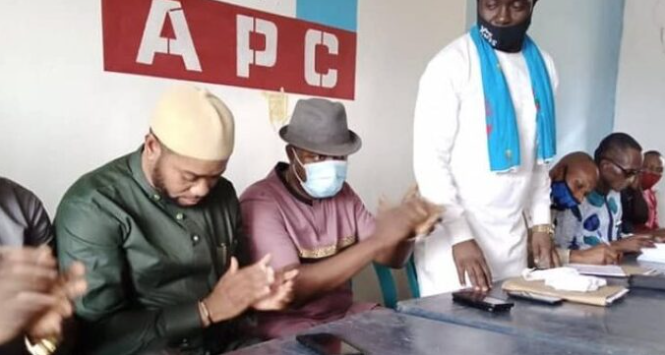 It is a great surprise as Governor Nyesom Wike’s Loyalist dumped the Peoples Democratic Party (PDP) to Join the All Progressives Congress (APC).

Truetalknews understands that Chisom Dike representing Tai/Eleme/Oyigbo Federal Constituency in the House of Representatives dumped the PDP on Thursday.

Announcing Dike’s defection on the floor of the lower chamber, Speaker of the House, Femi Gbajabiamila, said Dike becomes the second lawmaker to join the APC from Rivers State.

However, a high-ranking member of the PDP, Ossai Ossai, protested against Dike’s defection.

The lawmaker added that Dike did not present “satisfactory evidence” that there is a crisis in the opposition party.

But Ossai was ruled out of order by Gbajabiamila, who said only the court has the power to adjudicate on the issue.

At this point, the APC members on the floor cheered while the majority leader, Ado Doguwa, said more PDP members will defect to the APC next week.

The minority leader, Ndudi Elumelu, raised a point of order and said it is “funny” for the APC members to be happy over defections while there is insecurity across the country.

He said until the APC government is able to provide security, Nigeria is not safe.

truetalknews.com - true talk news is a home for latest true news. We focus on providing you with quality jobs, scholarship, education and sports. Contact us via: [email protected]com
© TrueTalkNews.Com 2022
We use cookies on our website to give you the most relevant experience by remembering your preferences and repeat visits. By clicking “Accept All”, you consent to the use of ALL the cookies. However, you may visit "Cookie Settings" to provide a controlled consent.
Cookie SettingsAccept All
Manage consent