Get daily free Sure tips Here!

The 2020 FA Community Shield Match Schedule has been announced. See below the match schedules between Arsenal Vs Liverpool

This was announced  on the official Twitter page of The Emirates FA Cup on Wednesday evening.

Meanwhile, Match schedule between Liverpool FC and Arsenal FC in the Community Shield competition has been released.

However, the 2019/2020 Premier League Champions, Liverpool FC will be playing against winners of the FC cup, Arsenal FC on Saturday 29, August 2020 at the Wembley Stadium.

Football Association Community Shield is the annual English football match played at Wembley Stadium between the winners of the previous Premier League season and the holders of the FA Cup.

Therefore, Welsh professional footballer who plays as a winger for Spanish La Liga club Real Madrid, Gareth Bale has revealed his position on exiting the club this summer transfer window. 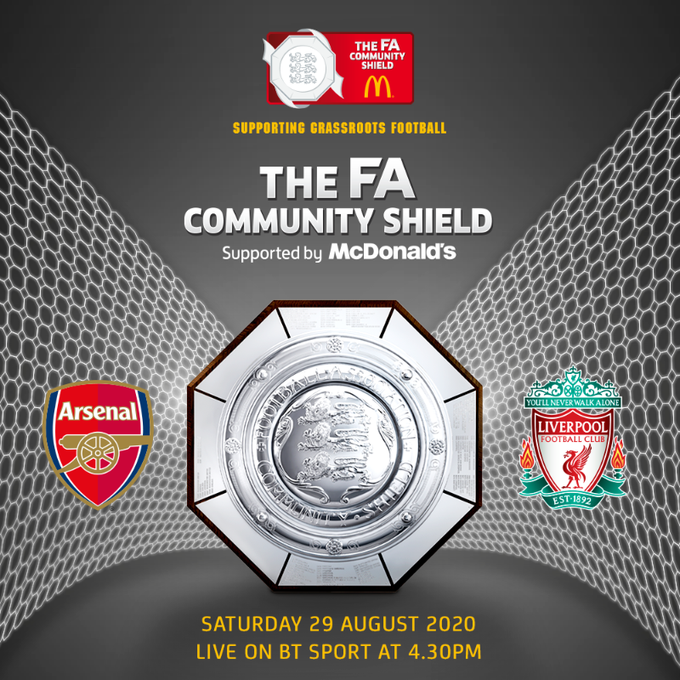