Click Here:  Configure Your MTN SIM and Browse for Free

The former Governor of Anambra state, Mr. Peter Obi has reacted on a social media reports against him saying he acquired #650 million Naira mansion in Enugu state.

On his twitter twitter page reacted said “I didn’t buy any house in Enugu or elsewhere. I do not need a house outside of Anambra for now, and I am committed to living in my house in Onitsha. The houses I am interested in building, for now, are hospitals and schools. 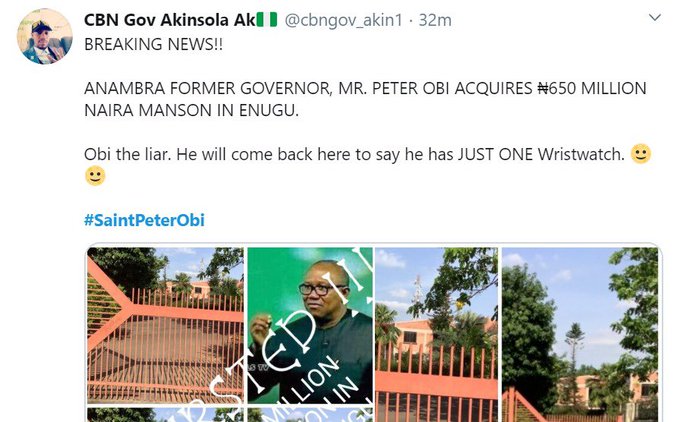 truetalknews.com - true talk news is a home for latest true news. We focus on providing you with quality jobs, scholarship, education and sports. Contact us via: truetalknewsinfo@gmail.com
© TrueTalkNews.Com 2021